The Club began in 1906 as the Wetheral and Corby Rifle and Bowling Club at a time when Queen Victoria was still a well remembered monarch and her son Edward V11 ruled over the mightiest empire the world had ever seen. 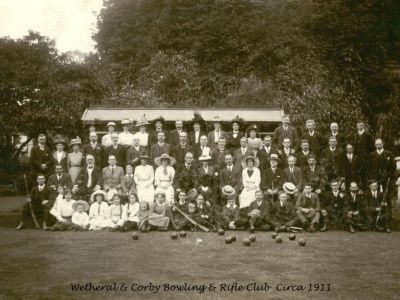 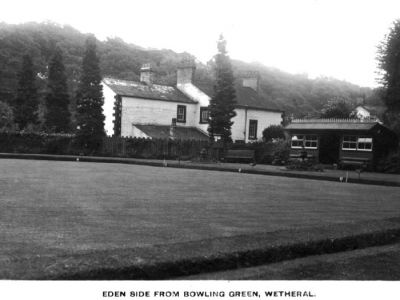 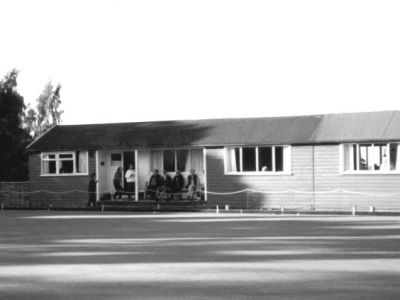 The club was located alongside the picturesque River Eden on the River Road with Wetheral on one side of the river and Great Corby on the opposite.

In the beginning the Rifle Section was more popular than bowling, and 25 members enlisted to join the armed forces in 1915 just after the start of the First World War.

In 1919 the Bowling Section of the club was affiliated to the Border City Bowling Association and began playing regular matches against local clubs in the Carlisle area.  By 1937, however, the Rifle Section was disbanded due to lack of support. In 1956 the Club moved from the original green to the current site on Plains Road. Due to difficulties with preparing the new green, the Club took up the generous offer from Linton Bowling Club to share their green in the nearby village of Great Corby.

This arrangement continued until the eventual opening of the green in June 1959. A new bower for the club was completed in 1963 and extended in 1970. Plans for a completely new bower were agreed in 1994 and the current premises were officially opened in June 1995.

Wetheral men became members of the Carliol League in 1988. An increase in membership to 110 was recorded in 1991 when a waiting list was introduced for potential new members. The club also joined the Stanley Bragg League in 2001 winning the League in 2003.

Since 1996 the club enjoys an annual four day tour, usually to Scotland, playing friendly matches against local clubs in the particular area. Similarly the club has welcomed many touring teams at Wetheral.

The club Centenary was celebrated in 2006. with a series of special events including a match against the English Ladies Bowls Association President's team. The club continues to update it's facilities in it's bid to retain membership, which currently stands at 75 playing members plus 15 non-playing members.